Ok, so this post is almost a year late, but last year for our anniversary my husband kindly replaced the old stovetop in my kitchen! :-)  The old one was not doing the job well.  I had about 2 and a half working burners/eyes – one didn’t work at all, two were slow or temperamental and one worked well.  So, you can see that it was a blessing to have a new one! 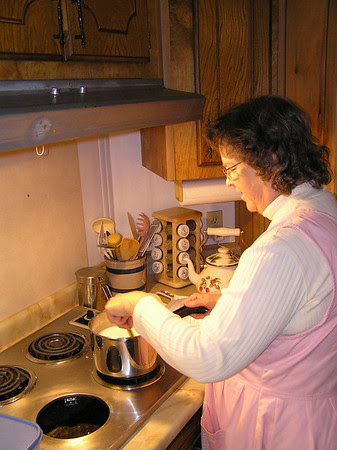 Here is a picture of my mom cooking on my old stovetop.  You can get a pretty good idea of the lay out.  Notice that I had all small burners, or eyes.  I couldn’t even use a large frying pan or pot due to the size of them.  The whole stove was rather small.  It was probably a mobile home model. 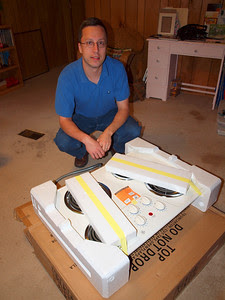 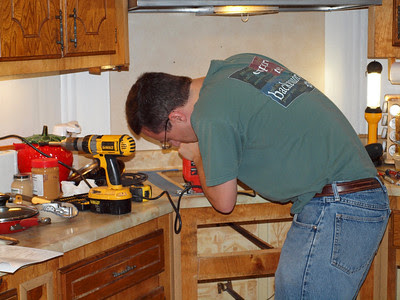 In order to get it in Peter had to enlarge the opening slightly. 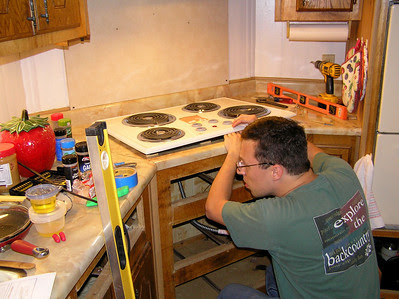 It took a lot of monkeyfuss, as my Gramma would have called it, but he finally got it in and quite even.  It was a challenge doing to lower work through those drawer openings! 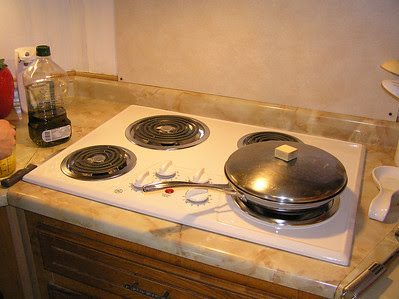 Ta-da!  A beautiful new stovetop that not only works, but also has extra room, takes larger pans and has knobs that correspond with the locations of the respective burners, or eyes.  (By the way, check out that cool wood handle he made to replace an old plastic one that broke.  This lid belonged to my mom first and he fixed it over 4 years ago, but it’s still holing in there!  Great idea.)

And, the first person to cook on the new stovetop….. 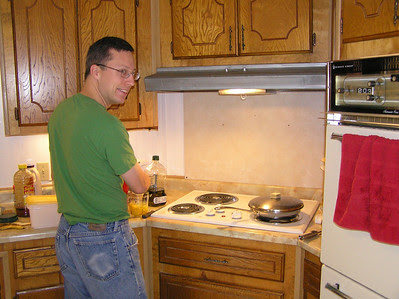 Was Peter! :-)  This wasn’t calculated on his part, but he installed in on a Saturday and since he cooks breakfast on Sunday mornings (his idea), he ended up using it first.  Obviously he wasn’t too sad about that!  haha :-)

It has been a real blessing to me and was a great gift.  Thank you, hon’!