Evening Song - Joy to the World


A great hymn rejoicing in the Second Coming of Christ to rule the world in truth and righteousness. Lord haste the day!

Revelation 20:6 Blessed and holy is he that hath part in the first resurrection: on such the second death hath no power, but they shall be priests of God and of Christ, and shall reign with him a thousand years.

Isaiah 55:12-13 For ye shall go out with joy, and be led forth with peace: the mountains and the hills shall break forth before you into singing, and all the trees of the field shall clap their hands. Instead of the thorn shall come up the fir tree, and instead of the brier shall come up the myrtle tree: and it shall be to the LORD for a name, for an everlasting sign that shall not be cut off.

I have no control over ads or suggested videos.

https://acapeldridge.com/
Posted at 8:00 PM No comments: 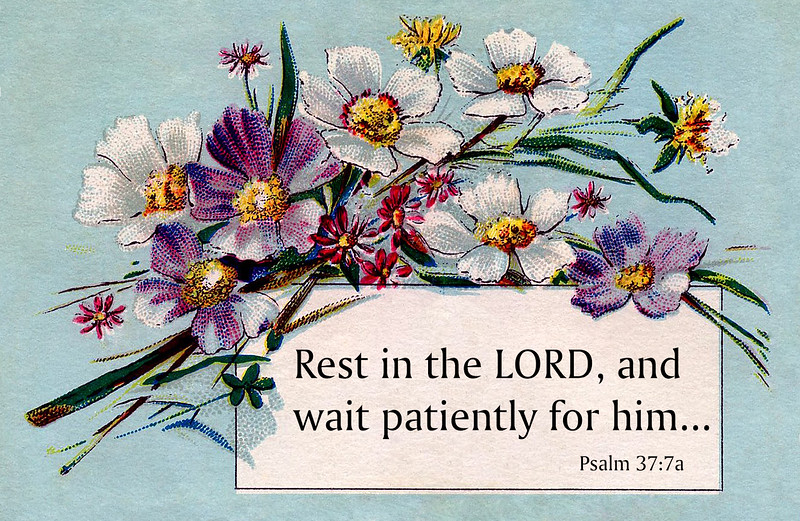 Here is another vintage graphic that I found somewhere online and made some changes and added the verse. You can save the image from here, but it will not be very high quality.  You can get it in higher quality if you go over and download it here. (Use the download button on the left.)

If you wish to use this online, please do not link to the graphic from either of my locations. Save it to your own computer and then upload it to the place where you store graphics online for your own use. Thank you.

[Note: It's OK to link the graphic from here only if you are sharing the link to this specific post on my blog - either on your own blog or in social media.] :-)


The Son of man must go as it was written:
Be mocked and scourged in agony must die;
Steadfast He set His face toward shame and spitting,
Yet could He halt at Bartimaeus’ cry.


Psalms 18:28  For thou wilt light my candle: the LORD my God will enlighten my darkness.

I have no control over ads or suggestions.
Posted at 8:00 PM No comments:


This tutorial from K Werner Design is for a couple of easy watercolor cards. Aside from the watercolor paper, she really doesn't use any fancy products that you can't make do with simpler things. Watercolor paper is recommended, though. I will say that. I tried to paint on ordinary paper years ago and it didn't go well. But, you can try it if you like. :-)


These don't have to be "thank you" cards. You can put any greeting on them that you like. If you don't want to mess them up, put the greeting on a separate piece of white card stock and then glue it on. These are simple backgrounds that can be use a variety of ways, and you could also fold the cards from the side rather than the top.
Posted at 1:00 AM No comments:

Here is the true story of John and Anna Olesh, a Yugoslavian couple who unexpectedly became the owners of a New Testament. At that time the Bible was a forbidden book in those parts because the Roman Catholic Church had almost complete power religiously and through pulling strings politically. At that time the Roman Catholic Church was still forbidding their followers to read and study the scripture for themselves in places where they had strong control, claiming it to be dangerous for them.

Despite their fear, and the terror their family and neighbors felt on their behalf, the Oleshes were curious and eventually began to study and seek the truth, despite severe threats and even persecution by the local priest.

This story is an amazing eye-opener for those who are not aware of what life was like on a day to day basis under Roman Catholic domination. It gives a clear picture of the vice-like grip that the Roman traditions, clergy, and superstition had on people at that time in Europe. [If I remember correctly, World War I occurs during Oleshes' lives, just to give you a time frame.]

This book also encourages us to recognize what a treasure the word of God is and how very blessed we are to have our own copies without fear of punishment in the (relatively) free world most of us live in today. It is also an encouragement for truly Biblical missionary work.

The verse for this book might be: Jeremiah 15:16 Thy words were found, and I did eat them; and thy word was unto me the joy and rejoicing of mine heart: for I am called by thy name, O LORD God of hosts.

Evening Song – I Love to Tell of My Savior's Love


Mark 16:15  And he said unto them, Go ye into all the world, and preach the gospel to every creature.

A few more nights of weeping,
Then we'll gather home!


Mark 4:37-41 And there arose a great storm of wind, and the waves beat into the ship, so that it was now full. And he was in the hinder part of the ship, asleep on a pillow: and they awake him, and say unto him, Master, carest thou not that we perish? And he arose, and rebuked the wind, and said unto the sea, Peace, be still. And the wind ceased, and there was a great calm. And he said unto them, Why are ye so fearful? how is it that ye have no faith? And they feared exceedingly, and said one to another, What manner of man is this, that even the wind and the sea obey him?

I have no control of ads or suggestions.

acapeldridge.com
Posted at 8:00 PM No comments:

Letters to My Friend - Of Grief and Earthly Treasures 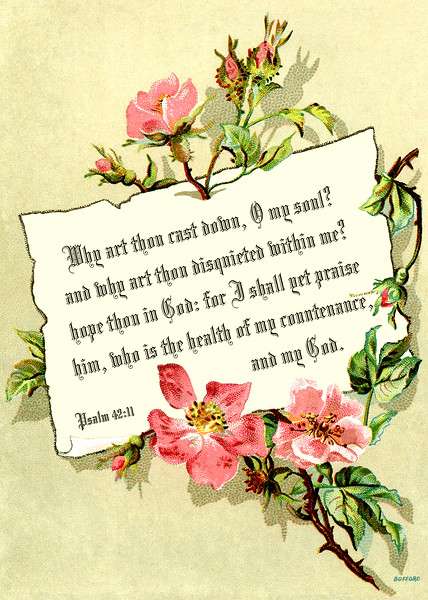 I have started a new section at The Home Maker's Corner called "Letters to My Friend". I hope that writing in a letter format will prove to be useful. The first one went up today. It deals with the grief and struggle of dealing with dementia in my mother - in this case, the matter of getting rid of some of her things.

My mother has dementia. It is a difficult thing to deal with as it progresses. Due to my dad being in the hospital two nights in January it was necessary for me to help her with dressing and taking care of her personal needs twice a day. I realized that her clothing situation was in disarray. Things were rather jumbled and she was not seeing things that she would wear and she was being confused by many things that she either couldn't wear or that were difficult for her to put on herself.

Evening Song - O I Want to See Him


Revelation 5:9-12 And they sung a new song, saying, Thou art worthy to take the book, and to open the seals thereof: for thou wast slain, and hast redeemed us to God by thy blood out of every kindred, and tongue, and people, and nation; And hast made us unto our God kings and priests: and we shall reign on the earth. And I beheld, and I heard the voice of many angels round about the throne and the beasts and the elders: and the number of them was ten thousand times ten thousand, and thousands of thousands; Saying with a loud voice, Worthy is the Lamb that was slain to receive power, and riches, and wisdom, and strength, and honour, and glory, and blessing.


I have no control over ads or suggested videos.
Posted at 8:00 PM No comments: