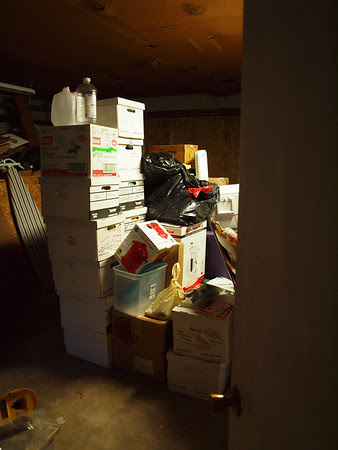 However, this year I have made a goal or challenge – not a promise – to try to get rid of 365 things.  I hope that it is a reasonable goal, and with the pile in our garage it should be feasible.  We’ll see how it goes over the long haul.  If I don’t accomplish the goal, no harm done anyway.

I am not doing this like the “Get Rid of 50 Things” challenge.  If I get rid of some books I may count each one, and if I get rid of more later they will be counted separately.  But, I am combining some things.  The several pounds of beans I got rid of, though not all in the same container, counted as one thing on my list, but the 2 shirts and 2 mugs were each listed as separate items. :-)

The first week of January – which was less than seven days – I got rid of 7 things.  The second week I got rid of 6 things.  I do want to get ahead on some things so that I can take some weeks off.  But, so far it is easier than you might think.  Because I had already worked on the 50 Things challenge and made my list of questions for getting rid of items, they have become sort of subconscious and it’s not quite as hard now to look at something and honestly tell myself whether I can discard it or not.

This could technically fall under the “Laying Aside Weights” series, but since I did something similar with the 50 Things challenge, I think I’ll keep it separate at this point.

I keep track of my progress in my new daily planner on the weekly pages where I write my weekly goals and “to do” lists.  I may try to give some updates over the course of the year, but we’ll play that as it comes.  No promises on that either. :-)  I would like to give some photo examples of improvements that have come about through this plan.  We’ll see if that ever works out.

Is this something you could do too?  Give it a thought.  If you need to start with a smaller goal try 52 things – one a week.