Our guest room has been either a mess or mostly empty ever since we moved into this house.  At first it was used as a dumping place for things I didn’t know what to do with, or wasn’t using at the moment. 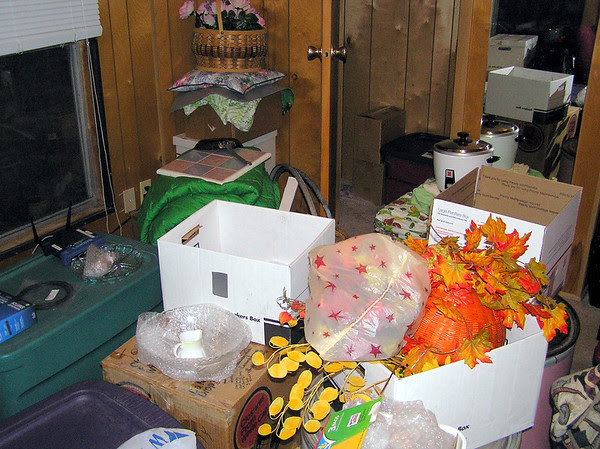 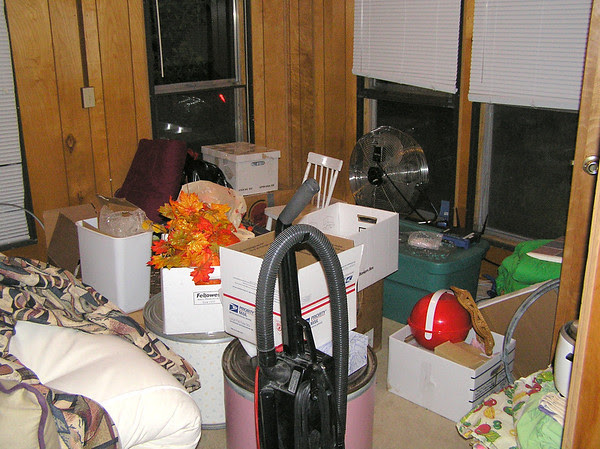 When my in-laws came to visit and stay here a few days, we did a massive clean up and got it presentable, but the accommodations were very sparse.  (My brother and sister-in-law also spent a couple nights in here when their 5th wheel was being worked on.) 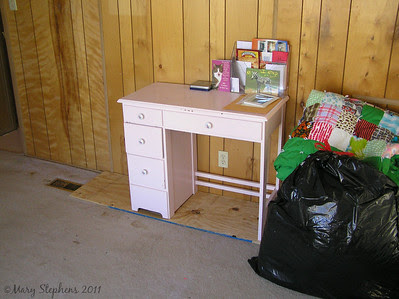 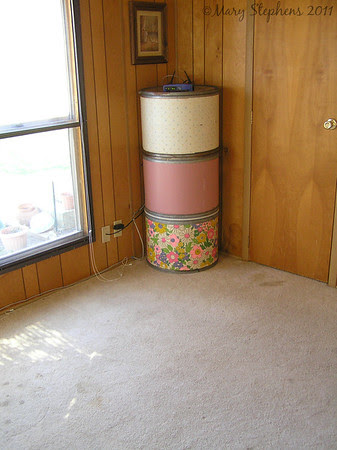 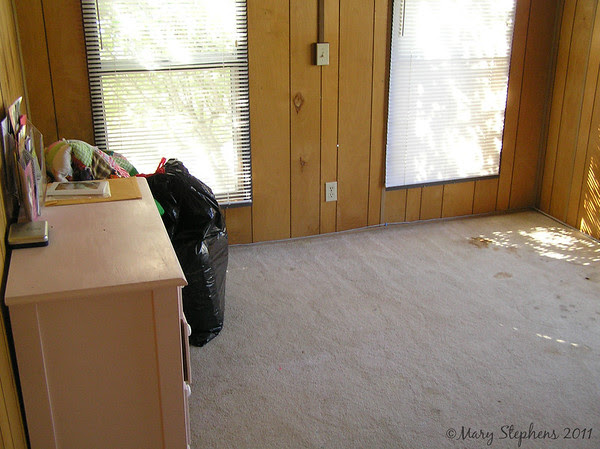 I used the room for sorting stuff between visits and then would have to clean it up whenever my in-laws came, at least to the point where we could set up an air mattress.  We set up a double layer, queen-size air mattress when we had overnight guests.

It worked out OK for a few years and my in-laws were fine with it for awhile.  But then, last winter when they were here the wrong mattress was set up and they didn’t sleep well at all.  They said maybe they would stay at a motel the next time they came.

I felt really bad, and so it occurred to me that it might be a good time to really fix the room up and get a real bed!  I wanted them to know they are welcome in our home and that we want them to come and visit, especially since I have been unable to travel to their home for a few years now.  My husband was onboard, and we could afford to do it at this point, so we began to make plans.

A new housing development is going in “up the road a piece” from us.  They are building large, fancy houses, and when my in-laws were here to visit last January my mother-in-law wanted to stop in and look at the model homes that are open to the public.  It was a fun little sidetrack “just because we could”. :-)  These houses were definitely out of our league!  I would feel very uncomfortable living in anything so grand.  But, in one of the houses I saw a room that I REALLY LIKED. 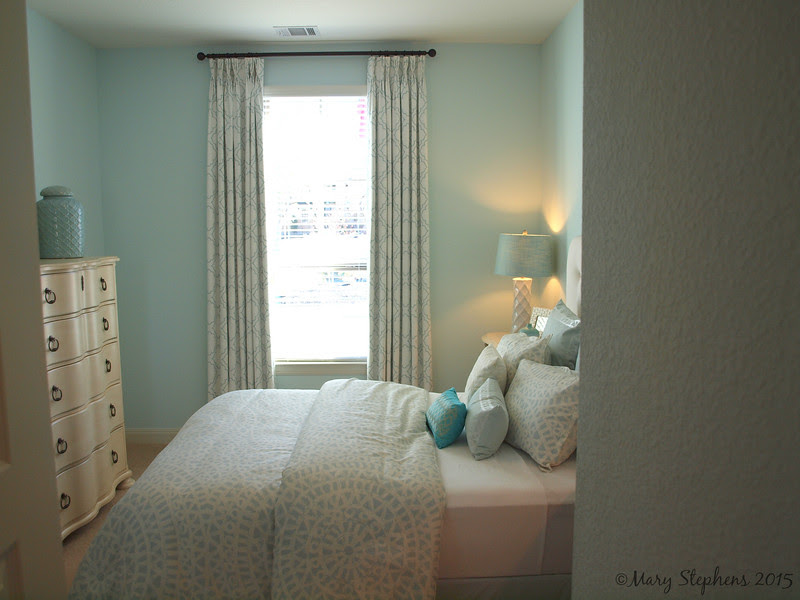 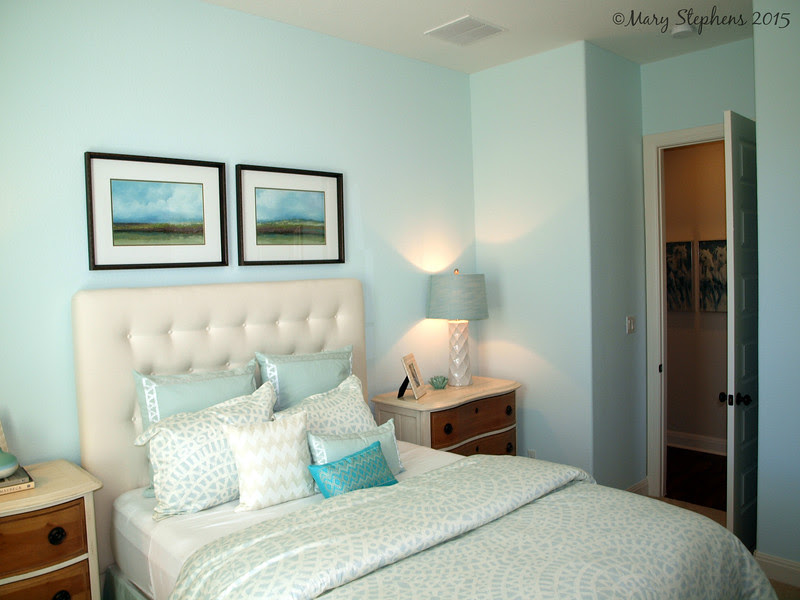 I loved this pale blue color because it felt so airy and light.  It made me feel like I was up in a high open space.  If fresh air had a color, this would be it, especially near a fresh water lake. :-)

(By the way, this was a secondary bedroom, not the master suite in this luxury home!  Also, although this room was my inspiration, anyone who has spent much time on this blog or The Home Maker’s Corner should know that my style is not exactly “chic”.  :-)  My husband says my style is “eclectic cottage”.)

I got to wondering if I’d like this color in my own bedroom “if we build our own house someday”.  But, blue can be depressing to me, so I wasn’t sure.  When I started thinking about re-doing the guest room, it occurred to me that we could paint it this color so that I could see how it looked in a more “normal” house and decide if I liked it.  After getting some paint chips at a couple stores we headed over one day to see if we could match it, and we did.  It turned out to be a pale shade of aqua.

We bought our paint and primer and some odds and ends for the job and were planning to start on it “soon”.  Then my in-laws let us know they were planning to come for my husband’s birthday in June.  I don’t remember exactly when they told us this, but it seemed doable to me at the time, so we decided to try to get it done before they came.

I’d already decided to try to “shop our own stuff” on this project as much as I could, and had been making a mental inventory of things I could use in the room.  My sister-in-law offered a queen size bed frame she had, and my dad let me have some of his 1950s collection that he was planning to get rid of.  So, it wasn’t like we were starting with just paint.

This is what our guest room looked like when we started.  I may have removed a few things already before I took these.  I can’t remember now. 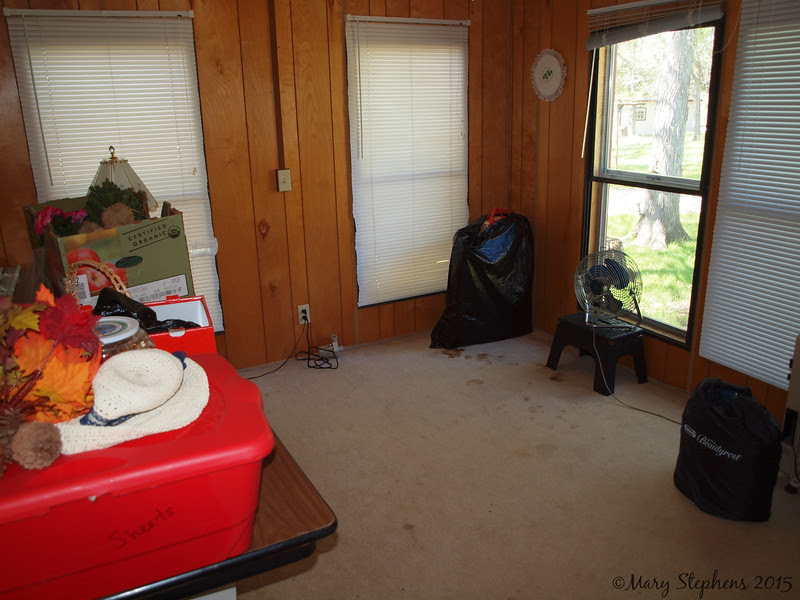 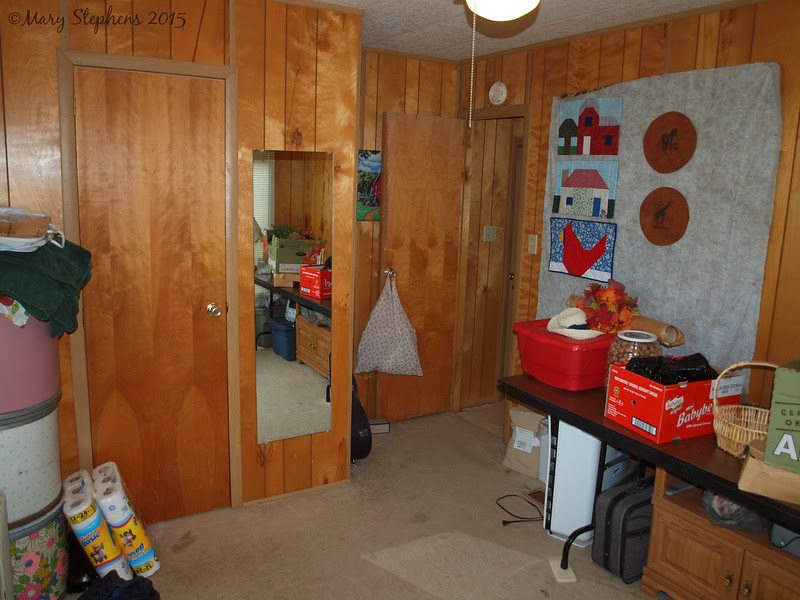 It was a real hodgepodge of stuff, but not nearly as bad as those first pictures at the top which were taken around 2009 or ‘10.  It definitely needed a lot of help, though!

Due to the size of this project, I’m breaking it up into parts.  Stay tuned for more installments! :-)