Laying Aside Weights – Counting: Works unto the Lord 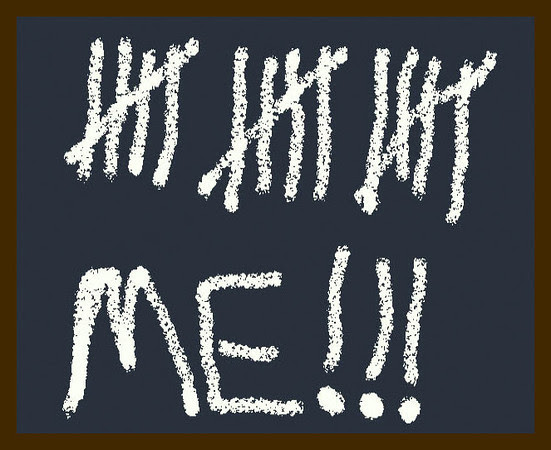 I haven’t written an item for the Laying Aside Weights series for some time.  As I was working on this post it occurred to me that this was something that can be a real weight for believers.  There are a lot of areas where people think they need to “keep score” on certain aspects of the ministry that just aren’t encouraged in scripture.

Hebrews 12:1  Wherefore seeing we also are compassed about with so great a cloud of witnesses, let us lay aside every weight, and the sin which doth so easily beset us, and let us run with patience the race that is set before us,

1 Corinthians 1:16  And I baptized also the household of Stephanas: besides, I know not whether I baptized any other.

It’s very interesting here that Paul was not “keeping score”.  He didn’t even remember who all he had baptized at Corinth.  I wonder if he even kept track of those whom he “led to Christ”.

I have heard of people who boasted about how many people they “led to Christ” “every week”.  I’ve even heard of Christian colleges that required their students to witness to a given number of people each week.  I am sure that some of the former are lying (for one thing, many of them practice the “one, two, three repeat after me” method, which is usually not the true Gospel of Jesus Christ).  I know that at least some of the latter lie about their numbers because a good friend of mine had a lady admit it to her.

Keeping count is also a terrible burden.  People who are counting their works and various aspects of their ministry are often comparing themselves to others. 2 Corinthians 10:12  For we dare not make ourselves of the number, or compare ourselves with some that commend themselves: but they measuring themselves by themselves, and comparing themselves among themselves, are not wise.  When you find you can’t keep up with other people’s numbers, it’s a temptation to become frantic in your efforts and careless in the endeavor, or to quit entirely.  It can become a serious weight and hindrance to running the race with patience.

But, in 1 Cor. 1:16 we see that Paul wasn’t even keeping count of those he had baptized.

If the great Apostle was not making “marks on his gun” as to how many people he’d baptized (and possibly those he led to Christ), why should we?  Success is not measured by numbers.  Jesus Himself did not have a huge following and, interestingly enough, when He did have more He preached a hard message that sent all those who were looking for shows and handouts running for cover (John 6:48-66).  He also told us that it would be the few who would find and enter the strait gate: Matthew 7:13-14  Enter ye in at the strait gate: for wide is the gate, and broad is the way, that leadeth to destruction, and many there be which go in thereat:  Because strait is the gate, and narrow is the way, which leadeth unto life, and few there be that find it.

From what Paul had to say in other places I think it’s safe to say that Paul was more concerned with people going on with the Lord and walking in the ways of righteousness than in how many people he had personally baptized.  Over and over he talks about standing and growing and walking in God’s word and ways.  Over and over he reproves, rebukes and exhorts with all longsuffering and doctrine (2 Tim. 4:2).  From that I think we should take the hint that edifying our fellow believers in much more important than keeping track of our own personal accomplishments in the work.

Romans 14:19  Let us therefore follow after the things which make for peace, and things wherewith one may edify another.

Ephesians 4:29  Let no corrupt communication proceed out of your mouth, but that which is good to the use of edifying, that it may minister grace unto the hearers.

1 Thessalonians 5:11  Wherefore comfort yourselves together, and edify one another, even as also ye do.

I think we are all tempted by this from time to time in various ways. It is a common thing to dwell on our own accomplishments to make ourselves feel like we’re worth something.  At the end of the day, Jesus told us not to count our accomplishments, but to consider what we did our expected duty.  Luke 17:10  So likewise ye, when ye shall have done all those things which are commanded you, say, We are unprofitable servants: we have done that which was our duty to do.

In 1 Corinthians 4:2-4 Paul wrote,  “Moreover it is required in stewards, that a man be found faithful. But with me it is a very small thing that I should be judged of you, or of man's judgment: yea, I judge not mine own self.  For I know nothing by myself; yet am I not hereby justified: but he that judgeth me is the Lord.”

When it’s all said and done, our judgment comes from the Lord.  If we are working for the Lord and to be a blessing to men, rather than to impress men, we will leave the record keeping and counting in God’s hands.  And, this will be a great weight off of us.  When we stop counting and let the Lord give the increase, we will be happier, freer and less burdened with human ideals and demands (both of our own and others).  When we do this, we are free to focus on the Lord and His work instead of on ourselves and the opinion of others.

1 Corinthians 1:30-31  But of him are ye in Christ Jesus, who of God is made unto us wisdom, and righteousness, and sanctification, and redemption: That, according as it is written, He that glorieth, let him glory in the Lord.

2 Corinthians 10:18  For not he that commendeth himself is approved, but whom the Lord commendeth.