Thoughts from the Past – A God Who Forgives 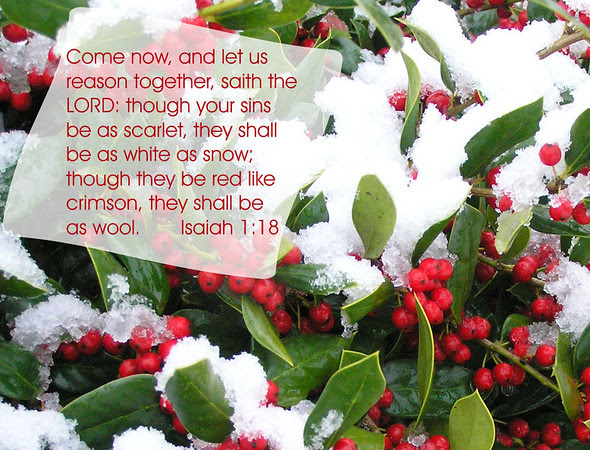 Psalm 130:3 If thou, LORD, shouldest mark iniquities, O Lord, who shall stand? 4 But there is forgiveness with thee, that thou mayest be feared.

Did you ever stop to think that a "god" who cannot forgive is worthless?

Think of the gods of the heathen - the ancient Greek gods, the Hindu gods, the gods of old Europe and much of Asia Minor, the gods of the pagans and neo-pagans. According to their mythology, most of them are worse sinners than those who worship them. So, why would they care about the sins of mankind? They wouldn't, except in an arbitrary, unjust way.

But, if some human was worried about their sin, these gods also have no permanent remedy and they cannot forgive them. If there is some pretense of forgiveness in their god-lore it is no comfort for, after all, the gods and goddesses are sinners themselves. When the gods cannot forgive sin there is either no reason to fear punishment or there is no way to escape it.  Unless they were salted by the Gospel, their cultures were and are usually full of immoral customs and low-level crime, at best. In the worst cases there is so little call for "morality" that many are totally amoral unless they live in an environment where it's required to achieve financial gain - good for business or government aid.

Then think of the gods of Islam and Buddhism, Hinduism, the New Age and others. While there may be some call for certain types of behavior in order to appease the gods or get to their "heaven", these gods basically don't care that much about sin. Just "do the best you can". "God" is impersonal and far away. He/she doesn't notice sin much as long as they are faithful to a few basic tenants of the faith, or as long as they give the required "offerings".

But then, if someone does want forgiveness, there is no answer. Ceaseless works and self-privations may give a puny hope that the sin may be forgiven, but if they really thought they were forgiven they wouldn't have to keep on and on with the sometimes torturous practices.

Even in the so-called "christian" sphere we find "Gods" who are not able or are hindered to forgive.

The Roman Catholic God must have a priest - a man who is a sinner like the people - stand between himself and the laity to "absolve" sins - often with some price prescribed in works attached. The conscience is massaged, but the sin is not permanently gone. A stay in "Purgatory" is required by the very best Catholics before they are permitted to "possibly" enter heaven. It is generally forbidden among them to say, "I am going to heaven." "No body knows for sure" they tell us. This boils down to the fact that their "God" cannot forgive! If he could, they would know.

The Mormon "God" was supposedly "once what we are now" - sinners. So, for him to call for holiness is quite dubious. But, more than that, their doctrine states that there are sins their "God" cannot forgive, and so the person who commits such a trespass must pay for the sin with his or her own blood. In the old days, they practiced this out in the open. It was called "blood atonement." Well, that's not much of a "God", frankly. He apparently has not reached the truly powerful forgiveness stage.

What good is a god that cannot say, "You are forgiven" and really mean it? He is no good. There is no point in fearing him. He can't do anything for you.

But, thanks be unto the Lord God who made heaven and earth and all that in them is! He can and does forgive sin! He is able!

Colossians 2:13 And you, being dead in your sins and the uncircumcision of your flesh, hath he quickened together with him, having forgiven you all trespasses; 14 Blotting out the handwriting of ordinances that was against us, which was contrary to us, and took it out of the way, nailing it to his cross;

What's more, His kind of forgiveness should be "contagious" for the Christian.

Ephesians 4:32 And be ye kind one to another, tenderhearted, forgiving one another, even as God for Christ's sake hath forgiven you.

That's the kind of God I want! One who not only forgives me, but who also is an inspiration to me to forgive others. Surely this is a God worth fearing. Not only is He just and holy, but He has the power to forgive those who are not! Now, that's a real God!

And by the way, the desire to forgive is based in love and mercy. That's another attribute missing in most false "gods"!

Ephesians 2:4 But God, who is rich in mercy, for his great love wherewith he loved us, 5 Even when we were dead in sins, hath quickened us together with Christ, (by grace ye are saved;) 6 And hath raised us up together, and made us sit together in heavenly places in Christ Jesus: 7 That in the ages to come he might shew the exceeding riches of his grace in his kindness toward us through Christ Jesus.

Other Articles:
Forgiven
Posted at 1:11 AM