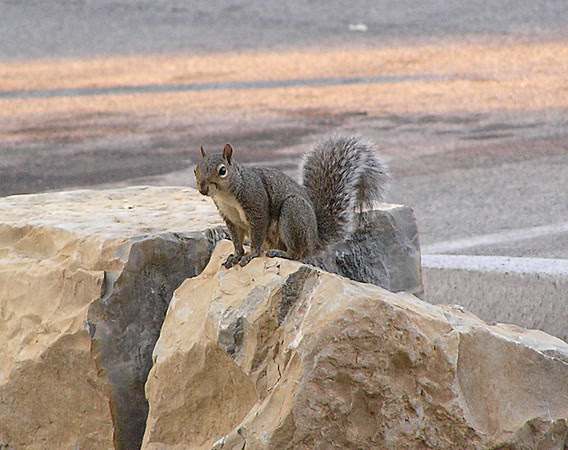 Ok, so this post definitely qualifies as “adventure cooking” for some. :-)  I have not made any of these recipes myself, but I’ve heard that squirrel is quite good.  If you have a problem with them where you live, and you’re allowed to shoot or trap them, this might be a good way to put them to use – and perhaps get some of your nuts, fruits and plants “back” that they devoured.

If you’re too tenderhearted to eat a squirrel that’s fine.  Maybe someday if you get hungry enough and they are a handy source of protein (if you can actually get them), you may change your mind. :-)  I’ve been thinking that we should try to eat one just so that we know how it tastes and how to do it in case we ever find we need to to supplement our diet.  Besides, since we have pecan trees, we tend to have too many squirrels to “share” with around here.

I don’t know for sure where these recipes came from.  I moved them here from an old recipe site that I had at one time.  They were probably collected from other places on the web, though possibly there was someone contributed one or more.

Clean squirrel. Rub with slat and pepper. Brush with fat and place on a broiling rack. Broil 40 minutes, basting every 10 minutes with drippings.
Squeeze lemon on squirrel before serving.
Serves two to three. [That sounds rather hopeful to me, having seen a dressed out squirrel once before being cooked.]

Mix salt and pepper with flour. Shake pieces of squirrel in flour mixture and brown in melted shortening in a heavy skillet. Lower the heat after browning and cover the skillet tightly. Cook over low heat for 1/2 to 1 hour or until well done. Remove cover during the last 10 minutes to crisp outer surfaces.

Rub pieces of squirrel with salt and pepper and roll in flour. Pan fry with chopped bacon for 30 minutes. Add onion, lemon juice and broth and cover tightly.

Cook slowly for 2 hours. Just before serving, remove squirrel and make gravy by adding water or milk and flour to the pan drippings.  Replace squirrel or serve separately.

Variations: Add 1 tablespoon paprika, 1/8 teaspoon cayenne, 1 sliced tart apple and 2 cups broth instead of bacon and lemon juice called for in this recipe.