Thoughts from the Past -- “I Don’t Believe It” 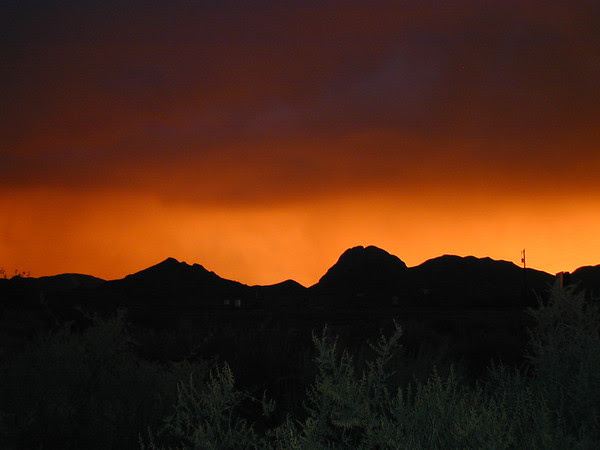 John 8:46 Which of you convinceth me of sin? And if I say the truth, why do ye not believe me?

Friday afternoon my parents and I went out to run some errands and shop. We also stopped at our favorite Chinese restaurant for dinner. While we were eating a mother and her two young children came in and sat at the next table. As I recall, in the course of their conversation the mother made a statement and the little girl answered pointedly, "I don't believe you." This she said with all the profound wisdom of a five year old. Somehow this comment made its way into my dreams that night, and when I woke up I got to contemplating.

One of the most amazing things about truth is that it is not altered nor changed by lack of belief. If no one in the world believes it, it is still true. This is why truth is so powerful. (Which leads many people to claim or pretend that they have some "truth" only they can dispense.)

These things play themselves out in millions of ways in life. But, regardless of what people believe or don't believe, how they promote the truth or try to twist it, it is still recorded in the inerasable record of time and creation. It matters not to God that man has mis-recorded his record. God's alone is absolutely true. Speaking of the Jews who did not believe the gospel, Paul wrote through the Spirit, Romans 3:3 For what if some did not believe? shall their unbelief make the faith of God without effect? 4 God forbid: yea, let God be true, but every man a liar; as it is written, That thou mightest be justified in thy sayings, and mightest overcome when thou art judged.

In total contrast it is only when lies are believed that they become truly powerful. What if no one had believed Darwin? What if Hitler had been branded a liar and run out of the country when he first started his loud lies? What if Marx and Lenin had been seen for what they were and cast aside? What if someone had burned the original "Protocols of Zion"? What if the monks at the monastery had told Tishcendorf that he could not have their discarded Greek manuscript of the New Testament because it had lies in it? Even so, these lies have no power to actually change the truth, even though billions of people have believed them! The truth remains the same. Proverbs 12:19 The lip of truth shall be established for ever: but a lying tongue is but for a moment.

Man has the ridiculous habit of thinking that if he does not believe a thing, it is therefore not true. His "proofs" may convince himself, but at the same time they do not alter the truth nor effect it in the least. Of course, the father of lies is always pleased to supply plenty of his "proofs" as well. John 8:44 Ye are of your father the devil, and the lusts of your father ye will do. He was a murderer from the beginning, and abode not in the truth, because there is no truth in him. When he speaketh a lie, he speaketh of his own: for he is a liar, and the father of it.

The fact that millions don't believe in creation has not changed the truth of it, nor has it changed that fact that the creation continues to show the mighty power of God. Just because some little brat stands up, looks God square in the face and says, "I don't believe you!" doesn't change what God did in the least. It doesn't impress Him either nor does it intimidate Him. And what's more, He has no need to "prove it" as some demand. He gave His record and man's belief or unbelief cannot alter it. (John 8:13-14)

So it is with a thousand different things. The age of the earth is not changed by the fact that man can't agree upon an exact date. The King James Bible is still the only pure scriptures in English, even if the scholars ridicule it and people doubt it. Jesus Christ is still the Son of God, even though men crucified Him and deny Him still. The catching away of the church will occur though many disregard it and mock it. Devils are still real and active though some judge that as superstition and myth. A child of God is still saved even though he or she may cease to believe it, 1 John 3:20.  (You might want to read that last one again.)

Think of it this way - if a person is charged, found guilty, sentenced and executed for a crime they did NOT commit, does that prove they did it? Certainly not! Thus, as with the little girl and her mother, when some man or woman turns to their Creator and says, "I don't believe you," they have accomplished nothing but to prove their own ignorance and foolishness. Basically, they just look silly.

The very fact that truth is unalterable proves there IS a holy God. The unholy gods of other religions, and even "Christian" cults, have no power to keep truth true. Their alleged "truth", if they claim any, changes over time and through circumstances. The Lord God Almighty ...keepeth truth for ever... (Ps. 146:4). It is not up for debate. It is not affected by unbelief.

John 14:6 Jesus saith unto him, I am the way, the truth, and the life: no man cometh unto the Father, but by me.
John 17:17 Sanctify them through thy truth: thy word is truth.
1John 2:21 I have not written unto you because ye know not the truth, but because ye know it, and that no lie is of the truth.
3John 1:4 I have no greater joy than to hear that my children walk in truth.

Psalm 117:2 For his merciful kindness is great toward us: and the truth of the LORD endureth for ever. Praise ye the LORD.

Email ThisBlogThis!Share to TwitterShare to FacebookShare to Pinterest
Labels: Bible, edification, Thought from the Past