What About the Duggars? – Was the Reality Show Ever Appropriate? 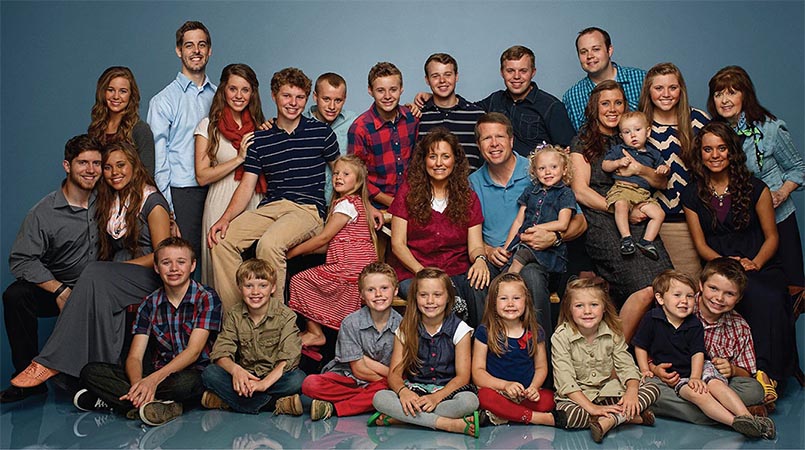 Matthew 26:41  Watch and pray, that ye enter not into temptation: the spirit indeed is willing, but the flesh is weak.

As some of you will know, Josh Duggar was exposed this past week as an adulterer who had been cheating on his wife.  First it was publicized that he had two accounts on the “seeking an affair” web site Ashley Madison, after which he confessed an addiction to pornography and being unfaithful to his wife.  (The addiction part was later removed from the confession for reasons that were not explained by the Duggars.)  [Photo: Discovery?, 2015]

Needless to say, this was not something that I wanted to deal with this week, or any time; but since I have already dealt with Josh’s past perversion and since the Duggars are a poster family for Bill Gothard (ATI, IBLP) and therefore “Biblical Patriarchy”, it seemed like it was time to get my page on them up and going.  So today, I’m officially opening a section in The Home Maker’s Corner dealing specifically with the Duggars.

What About the Duggars?

I hope to get more completed there in the near future.

The featured article today deals with the issue of the reality show.

Was the Reality Show Ever A Good Idea?

Jim Bob and Michelle Duggar have made themselves, and allowed themselves to be made, the poster family of the large family "movement", no birth control, "purity culture", modesty culture, the Gothard world (Advanced Training Institute, Institute of Basic Life Principles), "Biblical Patriarchy", and Christianity.  With 19 children of their own, plus extended family, they have been starring in their own reality show, "19 Kids and Counting", until earlier this year (2015).    They have become the most recognized mega family in North American and the world.

Having watched a lot of the programs I will say that, although I get annoyed with them, I understand their mystique to some degree.  Compared with other things that are available on television and online, they appear to be very Christian, wholesome and clean, and compared to most of it they are.  I would venture to guess that some of them are actually born again and are more or less sincerely trying to please God.  But, there are some problems.  In fact, we should probably say many problems.

The reality show came to birth after they had done several one hour specials for T.V.  When they were offered a full time show Jim Bob and Michelle decided that this would be a good platform for them and so they accepted.

But, was a reality show an appropriate thing for a Christian family?